It is difficult to discover quality, trustworthy information about the country, especially if you don’t read Portuguese. Here you will find a list of the essential posts, plus the best sources on the web, to guide you in the maze of Brazilian facts, trivia and services. You already might have found the more general information from other weblogs, the CIA FactBook, Wikipedia or got some information from your Brazilian Chamber of Commerce. In Discovering Brazil you will find a lot of resources we have used at MasterClassBrazil. We will keep this information up to date on all aspects we are covering, whether it is culture, technology, business, society, or management. From Deep Brazil: A country explained in 100 images / Zeppelin over the tropics / UFOs over Brazil / Brazil in WWII

From Deep Brazil: Climate change/ Cerrado/ Listen to Brazilian birds/ Earthquakes,volcanoes/ Floods in Summerland /The most beautiful Brazilian waterfalls /In the Amazon, one new species every three days /Biopirates attack!

From Deep Brazil: Where to find Brazilian academic studies /Brazil, 20 years from now

You can also visit websites that offer specific information about several Brazilian states:

From the Web (mainly expats trying to understand the country): Economy Characterized by large and well developed agricultural, mining, manufacturing, and service sectors, Brazil?s economy outweighs that of all other South American countries and Brazil is expanding its presence in world markets, where it is currently the 8th biggest economy (by GDP – purchasing power parity) in the world. It has weathered many storms, such as the military dictatorship 1964–1985, hyperinflation … 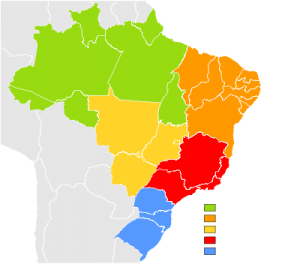 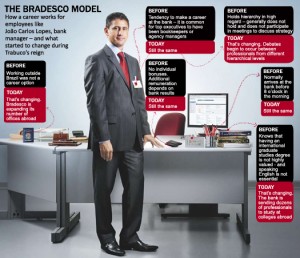 Language in Brazil Most Brazilian executive accept English as the language to do business, but most of the business should be conducted in Portuguese. The non-Portuguese speaking executives may need an interpreter for most of business relationships, and the correspondence, often, should also be in Portuguese (as technical data should be in metric system). Spanish isn’t …

Technology Brazilian science and technology have achieved a significant place in the international arena in the last decades. Brazil is in the top 10 of most industries in the world and the high literacy rate and good educational system creates a sound foundation for future developments. Basic, technological and applied research is mostly carried out in public universities …