By rule, the salaries paid by a Brazilian source for services supplied by non-resident individuals are subject to withholding income tax at the rate of 25%.

As of January 1, 1999 individuals that hold temporary visas are considered residents for tax purposes upon their entry in Brazil to work pursuant to a labor agreement. Thus, they are required to file an annual income tax report, also stating their foreign income. The payments are subject to progressive income tax at the rate of 7.5%, 15% or 27.5% (maximum tax rate). Further, individuals that hold temporary visas who enter Brazil for any other reason other than to work under a labor agreement are considered residents for tax purposes after a permanence of 183 days in a 12-month period as of the date of entry.

Expatriates treated as non-residents are subject to Brazilian income tax only in regard to the income earned from Brazilian sources, whether individuals or companies. The Brazilian source of income pursuing from salaries and remuneration is subject to a standard withholding income tax of 25% while capital gains are subject to a 15% withholding income tax. This taxation may be reduced in cases where a treaty to prevent dual taxation applicable to the case exists. The tax is usually based on gross income, net of any deductions, being due upon the crediting, availability or use of the resources on behalf of the non-resident or remittance thereof to the nonresident, whichever occurs first. 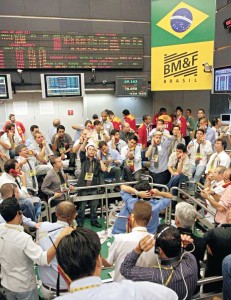 Who has to fill in the IRPF 2012 tax declaration?

Taxpayers are fully accountable to declare their Income tax IRPF, the Imposto de Renda Pessoa Física or individual income tax has to be paid by various individuals, depending on income, activities on the stock exchange, expats  among others. It is the full responsibility for the tax payer to fill out the application and submit it …