The Federal Republic of Brazil is the fifth largest country in the world in terms of population (196 million) and size. It is the 8th largest economy (by GDP – purchasing power parity) in the world. Already the 8th largest economy in the world, Brazil has undoubtedly arrived at an important crossroads. Not only is its population rising by approximately two million people a year, but the inexorable shift towards mass urbanisation continues unabated. UN estimates predict that by 2015, 33 million of Brazil’s total projected population of 210 million will live in two mega cities, Rio de Janeiro and São Paulo. With this shift already well under way, one of the most immediate problems facing the country is a huge housing deficit, which has been exacerbated by the emergence of a middle class capable of spending more on homes than ever before. Added to this, as host country to the 2014 World Cup and the 2016 Olympic Games, Brazil must also plan to meet the challenge of supporting an influx of visitors on an unprecedented scale. These factors, amongst others, are creating an immense and ever increasing demand for better infrastructure.

Brazil enjoys a growing middle class, growing internet usage, and increasing internal demand for goods and services. Characterized by large and well-developed agricultural, mining, manufacturing, and service sectors, Brazil’s economy outweighs that of all other South American countries, and Brazil is expanding its presence in world markets. Since 2003, Brazil has steadily improved its macroeconomic stability, building up foreign reserves, and reducing its debt profile by shifting its debt burden toward real denominated and domestically held instruments. The inflation rate was at 5.0% in 2010, but will be most likely 6-7% for 2011. Unemployment is at 6.7% (as of Aug ’11). Interest rates are extremely high. The key rate (Celic) is at 12.5% (Aug ’11). Commercial bank rates for credits to businesses are at 40%. In 2008, Brazil became a net external creditor and two ratings agencies awarded investment grade status to its debt. After record growth in 2007 and 2008, the onset of the global financial crisis hit Brazil in September 2008. Brazil experienced two quarters of recession, as global demand for Brazil’s commodity-based exports dwindled and external credit dried up. However, Brazil was one of the first emerging markets to begin a recovery. Consumer and investor confidence revived and GDP growth returned to positive in 2010, boosted by an export recovery. Brazil’s strong growth and high interest rates make it an attractive destination for foreign investors. Large capital inflows over the past year have contributed to the rapid appreciation of its currency and led the government to raise taxes on some foreign investments. President Dilma Rousseff has pledged to retain the previous administration’s commitment to inflation targeting by the Central Bank, a floating exchange rate, and fiscal restraint.

There are enormous commercial opportunities for foreign companies in Brazil. That said, and despite signs of improvements, Brazil’s market challenges include uneven income distribution, poor public education, consistently high unemployment rates, a commodity driven economy, significant imbalance of market concentration and a large informal economy that hinders tax collection and keeps economic growth from reaching its full potential. These factors create a complex business environment with substantial obstacles for companies to enter the Brazilian market. Doing business in Brazil requires intimate knowledge of the local environment, including both the explicit as well as implicit costs of doing business (referred to as “Custo Brasil”). Such costs are often related to distribution, government procedures, employee benefits, environmental laws, and uneven application of standards for tax calculation. Logistics are a particular challenge, given the fragmented nature of distribution channels. Besides facing tariff barriers, companies will find a complex customs system, and an overloaded and ineffective legal system for enforcing intelectual property rights and commercial law. Heavy tax burdens increase consumer prices up to 200%, while bureaucratic procedures and onerous product licensing/ regulatory requirements also pose a considerable hindrance and raise costs. Registering a company takes 120 days – World Bank ranks Brazil 129/183 economies in terms of ease of doing business.
top

Promising areas for exports and investment include in no particular order: agriculture, aircraft and parts, telecom equipment and services, insurance, agricultural equipment, electrical power, safety and security, oil and gas, environmental technologies, mining, computer software and transportation. Very promising upcoming commercial opportunities will be for Brazil World Cup 2014, 2016 Olympics, and the PAC – Brazil’s growth acceleration program for infrastructure development. Certain sectors of the Brazilian market have and may continue to experience high growth, such as aircraft and parts, air transportation, telecom, oil and gas, and mining. The demand for domestic air transportation in Brazil increased 17.65% in 2009, the best growth percentage since 2005, according to data disclosed by the National Civil Aviation Agency (ANAC). On the other hand, the market share of Brazilian airlines shows a reduction in concentration as smaller airlines continue to gain market share. With roughly 35% of the region’s revenues, Brazil remains Latin America’s largest telecom market. Gross revenue from telecom equipment and services as of September 2009 was nearly US$ 68 billion and the market is expected to reach US$ 90 billion in 2012. Brazil has a large and well developed mining sector. In fact, Brazil is responsible for onequarter of the world’s iron ore output. As a consequence of the global financial crisis, investment in Brazil’s mining sector fell around 30%. However, in a bid to ease the pressure on the mining sector, the government implemented a legal measure that enables the extractive industry to raise bank loans more easily. By 2013, the market should be expanding by around 6%, reaching US$ 41.65 billion.

Market entry strategy Brazil’s business culture is largely based upon personal relationships. Companies will need a strong presence and must invest time in developing relationships in Brazil. I strongly recommend you to visit Brazil to meet one-on-one with potential partners. One of the best ways to enter the Brazilian market is by attending local trade shows. It is essential that a business entering the market work through a qualified agent or distributor. Some firms establish an office or joint venture in Brazil.
top

Government priorities are focussing on the following areas:

As crucial to Brazil’s ability to self-finance these and other elements of its infrastructure investment programme is its ability to accommodate and sti mulate growing foreign investment and, in light of the following, its prospects of doing so have never been better:

On the basis of the above, greater confidence undoubtedly exists on the part of investors that infrastructure projects can provide a reliable, long-term source of returns.
top

Development banks, such as the Brazilian National Development Bank (BNDES) and Banco do Nordeste do Brasil (BNB), have taken leading roles in encouraging the development of important energy projects such as the San Antonio Jirau hydroelectric dams, whilst there is a growing appetite on the part of many Brazilian financial institutions to support foreign investment for infrastructure projects. Indeed, several leading financial institutions have simplified their lending processes specifically to help foreign investors, including the structuring of financial resources in foreign currency, in conjunction with multilateral agencies and export credit agencies. With the infrastructure sector now regulated by established agencies acting independently of government, the risk of regulatory reform disrupting the investment process has been vastly reduced.
top 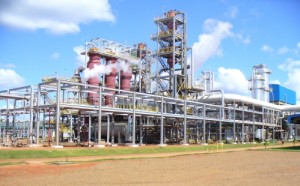 Brazil needs to invest more in biofuel production despite ranking as the No. 1 destination for investment in renewables, to meet higher future demand, analysts F.O. Licht and an industry official said on Tuesday. Brazil drew one quarter of the $5.6 billion invested worldwide in biofuel production plants in 2010, or $1.76 billion. Biofuels projects … 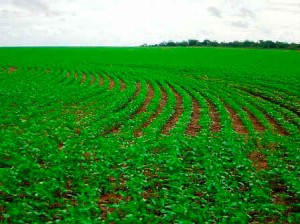 Price Of Hectare Of Land In Brazil Sets Record Feb 11, 2011 The value of a hectare of land in Brazil is booming. The average price of properties hit a record in late 2010, according to research from Informa Economics / FNP. Southeast, Northeast and North are the areas where the value of ha more … 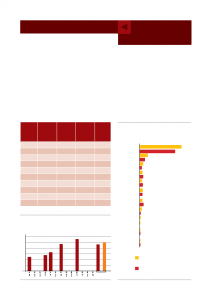 Corporate mining has announced investments on the order of R$ 47 billion by 2013 in Brazil, the highest volume seen from private initiatives in the country. This total represents a decrease of 20% over figures projected before the worst phase of the international financial crisis (R$ 57 billion). The Brazilian Institute of Mining, IBRAM estimates that investments between 2010 and 2014 …

Oil Brazil is the world’s 15th largest oil producer. Up to 1997, the oil monopoly belonged to Petróleo Brasileiro S.A. (Petrobras). As of today, more than 50 oil companies are engaged in oil exploration.The only global oil producer is Petrobras, with output of more than 2 million barrels (320,000 m3) of oil equivalent per day. … 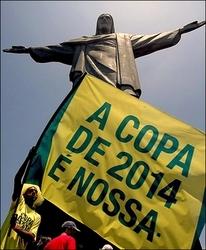 Brazil invests $86 billion in hosting 2014 World Cup In order to improve tourism infrastructure in the next few year in preparation to receive soccer lovers from all over the world the Brazilian government and the private initiative are going to invest 2.2 billion Brazilian reais (US$ 1.2 billion). The amount is part of an …