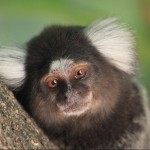 Oliver Stuenkel is an Assistant Professor of International Relations at the Getúlio Vargas Foundation (FGV) in São Paulo, where he coordinates the São Paulo branch of the School of History and Social Science (CPDOC) and the executive program in International Relations. He is also a non-resident Fellow at the Global Public Policy Institute (GPPi) in Berlin and a member of the Carnegie Rising Democracies Network. His research focuses on rising powers; specifically on Brazil’s, India’s and China's foreign policy and on their impact on global governance. He is the author of the IBSA: The rise of the Global South? (Routledge Global Institutions, 2014), BRICS and the Future of Global Order (Lexington, 2015) and the forthcoming Parallel Worlds (Polity, 2016).

High-tech firms such as Google (whose co-founder Sergey Brin moved to America from Russia as a child) haven’t just created jobs for their own workers. They have also inspired the creation of entirely new categories of job. A few years ago no one earned a living as a mobile-app developer. Now they are everywhere. It is not just full-time workers who benefit: firms such as oDesk, a Silicon Valley outfit founded by two Greeks, are nurturing an online freelance economy that is in its infancy. Last year Americans using oDesk’s platform found over 2 million hours of freelance work.
END_OF_DOCUMENT_TOKEN_TO_BE_REPLACED