High-tech firms such as Google (whose co-founder Sergey Brin moved to America from Russia as a child) haven’t just created jobs for their own workers. They have also inspired the creation of entirely new categories of job. A few years ago no one earned a living as a mobile-app developer. Now they are everywhere. It is not just full-time workers who benefit: firms such as oDesk, a Silicon Valley outfit founded by two Greeks, are nurturing an online freelance economy that is in its infancy. Last year Americans using oDesk’s platform found over 2 million hours of freelance work.

Aware of the benefits talented foreigners can provide, the Chinese government has begun to systematically lure well-trained foreigners to China. Beijing is currently expanding the favorable visa policies of its “1,000 Talent Plan” (also called National Recruitment Program of Global Experts) to dozens of other programs nationwide to attract leading professionals to work in the country. Foreign experts recruited through the 55 programs can apply for visas, residence permits and permanent residence — also called Chinese green cards. The number of non-China immigrants in China officially stands at around 1 million — less than 0.1% of its total population (excluding about 60 million “overseas Chinese”,  which already bring many sought-after skills). A mere 6000 non-Chinese foreigners were granted permanent residence in China between 1985 and 2012. Under the new rules, foreigners who meet China’s criteria will benefit from preferential policies in applying for work permits, and their accompanying family members will also be given work visas and residence permits.

Other countries, such as Canada, are far more advanced than China. This year, the Canadian government implemented the Express Entry Immigration system, which allows foreign talent across 347 eligible occupations who meet minimum entry criteria, submit an expression of interest profile to the Express Entry Pool. The highest ranked candidates will be considered for an invitation to apply for permanent residence, without the need of a prior job offer.

Contrasting this international trend, Brazil does far too little to actively attract international talent. The shortage of skilled labor significantly hampers Brazil’s capacity to compete internationally. It also makes services in Brazil unnecessarily expensive, thus contributing to rising inflation. Brazil provides temporary visas for around 50 thousand foreigners a year —  only about a fifth of workers that receive working visas in the United States.

While the Brazilian government says the process is simple, it is complicated enough for most companies to hire expensive consultancies to help foreigners deal with the bureaucratic thicket — charging usually several thousand dollars. Small companies usually lack the expertise and financial resources to deal with the requirements, and therefore routinely reject foreign applications, even if that means leaving a position vacant.

Practical difficulties abound: Many top talents prefer not to come to Brazil because spouses are not allowed to work. Transforming a temporary work visa into a permanent visa is unnecessarily complex and incredibly slow: Even after having lived in Brazil for years, foreigners have to turn in their temporary residence card and then remain without any official document for 1-2 years until they obtain a permanent visa. Since an official document is necessary for virtually everything in Brazil, they suddenly face a host of obstacles: For example, even those who have acquired a Brazilian driver’s license can no longer renew it, and are not even allowed to drive with the license of their country of origin. A Canadian friend of mine who teaches at a federal university in a smaller town in Brazil purchased a car months prior to having to turn in his documentation, only to be stopped by the police later to find out he was no longer allowed to drive.

Far more serious is the fact that Brazil does not offer brainy foreigners willing to start a company the right to stay in Brazil. An Indian colleague who worked for IBM in Brazil planned to quit his job and start his own company in São Paulo, but could not do so as leaving IBM would have led to his deportation. A year later, he moved to Hyderabad to start his company there.

The Brazilian government should therefore get serious about initiating programs that identify a series of skills it needs most and which local workers are unable to provide — and offer work visas to international talent willing to settle in Brazil, even if they do not have a job offer yet. To make the offer more attractive, work visas should be offered to spouses as well. Off-putting obstacles like the ones mentioned above should be abolished by streamlining and facilitating the visa process. Brazil must stop treating immigration as a question of national security, but one of economic growth. Many such ideas have been voiced by policy makers in the past, such as Brazil’s former Minister of Strategic Affairs Marcelo Neri, but the government has failed to implement them. Ideas of initiatives like “Brazil with open arms” are insufficient to make Brazil attractive to the large number of international specialists whose arrival in the country could have a significant impact.

Brazil is wasting a golden opportunity. Xenophobia is on the rise in some countries in Europe, and conservative factions in the United States’ Congress attempt to make immigrants’ lives difficult. China and India face enormous cultural and structural challenges to absorb large numbers of foreigners from other regions of the world. Brazil, by contrast, faces no such inherent challenges. It looks back to a long history of successfully integrating people from abroad: In 1900, 7.3% of Brazil’s population were immigrants, while today’s figure is a paltry 0.3% and declining — contrary to Western European countries and the United States, were about 10% are foreign (in Switzerland, Canada, New Zealand and Australia it is above 20%), Brazil could, in theory, absorb millions of qualified foreigners without causing a surge of xenophobia — even though some short-sighted politicians like Paulo Pereira da Silva (PDT-SP) occasionally speak out against immigrants, arguing that “these people are coming to take up the best jobs, that is the problem.”

Even the best skills-based immigration policy cannot substitute fundamental reform of Brazil’s public education system. Making education a policy priority is therefore crucial. Yet this will take decades to have an impact, and will fail to satisfy short-term demands. Hence, a targeted and well-implemented program to attract high-end international talents in areas where Brazil most needs them would be a giant step towards strengthening Brazil’s role in the global economy.

This post is republished with permission from Oliver Stuenkel from Post-Modern World. 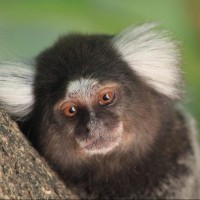 Oliver Stuenkel is an Assistant Professor of International Relations at the Getúlio Vargas Foundation (FGV) in São Paulo, where he coordinates the São Paulo branch of the School of History and Social Science (CPDOC) and the executive program in International Relations. He is also a non-resident Fellow at the Global Public Policy Institute (GPPi) in Berlin and a member of the Carnegie Rising Democracies Network. His research focuses on rising powers; specifically on Brazil’s, India’s and China's foreign policy and on their impact on global governance. He is the author of the IBSA: The rise of the Global South? (Routledge Global Institutions, 2014), BRICS and the Future of Global Order (Lexington, 2015) and the forthcoming Parallel Worlds (Polity, 2016).