Health Warning: moving, relocating and importing household goods to Brazil is a complex and difficult process. Prepare early, prepare thoroughly and be prepared to be patient! Multinational companies are taking extra measures to secure qualified employees in Brazil’s booming economy. To cope with a talent shortage, many are beefing up internship programs, spending more on training and salaries and relocating workers from flat or declining markets. 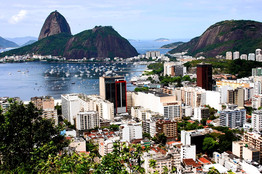 Particularly in demand: English-speaking managers and engineers, as well as those with experience in business development.

Brazil’s economy has soared in recent years as its oil, gas and ethanol sectors thrived. In 2010, U.S. foreign direct investment in Brazil totaled $6.2 billion, up from $2.4 billion in 2003, according to the Banco Central do Brasil. From January through April this year, U.S. investment reached $3.1 billion. To read the full article please visit: Brazil’s Boom Creates Demand for Talent – Barrons.com.

Foreign investors may apply for a permanent visa in order to live and personally run their businesses in Brazil. The requirements are listed in this resolution of the Ministry of Labour and Employment

Permanent visas based on investment may be granted to applicants who will invest a minimum of R$ 150,000.00 in Brazil, which must be proved by a statement issued by the Brazilian Central Bank.

Authorisation for this type of visa must be requested by the applicant, or his/her representative directly in Brazil by the Ministry of Labour and Employment.

The Consulate will only issue the visa once the Ministry of Labour and Employment authorizes the Consulate to do so.

END_OF_DOCUMENT_TOKEN_TO_BE_REPLACED

PLEASE ALL FOREIGN PASSPORT HOLDERS CONSULT THE FOLLOWING LINK FOR ALL INFORMATION REGARDING THE NEED OR EXEMPTION OF VISAS TO BRAZIL. A PDF TABLE WILL BE DOWNLOADED. Click here

Depending on the purpose of visit and on the visitor’s nationality, a visa is not required to enter Brazil. EU citizens on a tourism or business trip to Brazil, for instance, are exempt. For other cases, check below at “How to apply for a visa” whether you are exempt or not. Even if you are exempt from a visa, on arrival in Brazil you must produce a passport valid for at least six months.

Argentinians, Bolivians, Chileans, Colombians, Ecuadorians, Paraguayans, Peruvians and Uruguayans are exempt from passport requirement to enter Brazil as tourists. Nationals from these countries may simply produce their national identity cards instead.

Additionally, you may be required by the Brazilian Migration Police (Polícia Federal) to meet the following conditions:

1) Prove you have sufficient funds for your term of stay.

2) Demonstrate your travel objective (for instance, by means of a hotel reservation and a roundtrip ticket, in case of a tourism trip).

HOW TO APPLY FOR A VISA

Visas are classified according to the nature of the trip and stay in Brazil.
Most cases of visa application fall under one of the types below.
Please click on the line that best fits your case or send an e-mail to
visas@consbras.nl asking for further instructions on how to apply.

AUTHORIZED VISAS
A few kinds of visas (VITEM-III, VITEM-V, VITEM-VI and VIPER) are only issued under authorization from Brazilian home authorities.Click here to check whether the Consulate General has been authorized to issue you a visa.